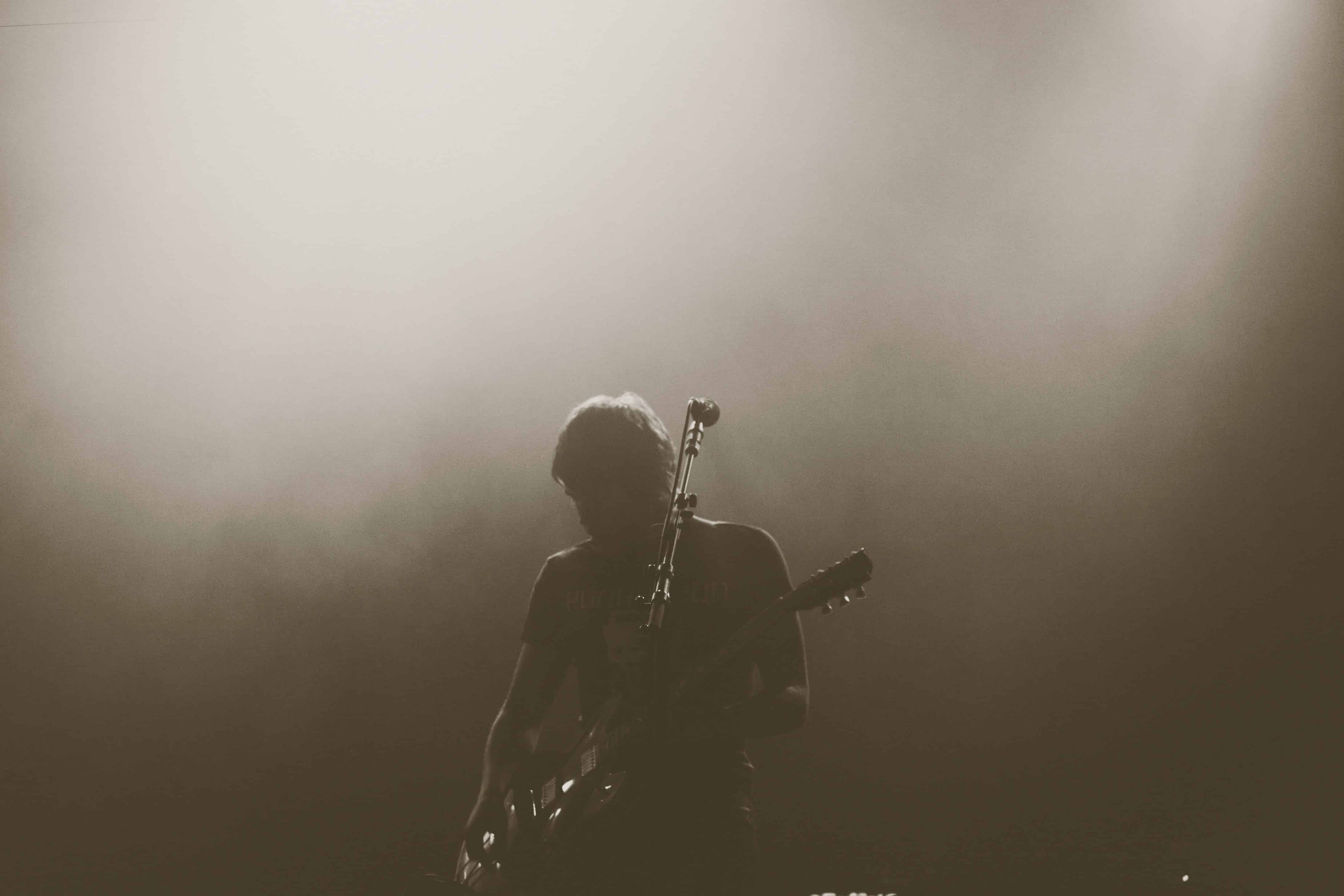 Hipster may have seven letters, but it’s treated as a four-letter word nowadays. Say what you will about hipster trends, but you can't say that hipsters don’t have good taste in music.

From the garage rock of the ‘60s to the indie hip-hop of today, hipster music takes many forms. And, it also spans across multiple genres. These bands and artists may be off the beaten path in comparison to mainstream pop. However, that doesn’t mean they’re any less catchy or enjoyable.

Read on, as we break down some seminal artists and albums that have helped to define hipster culture. 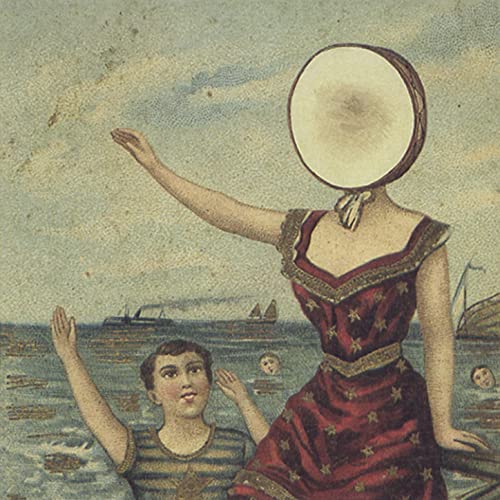 in the aeroplane over the sea 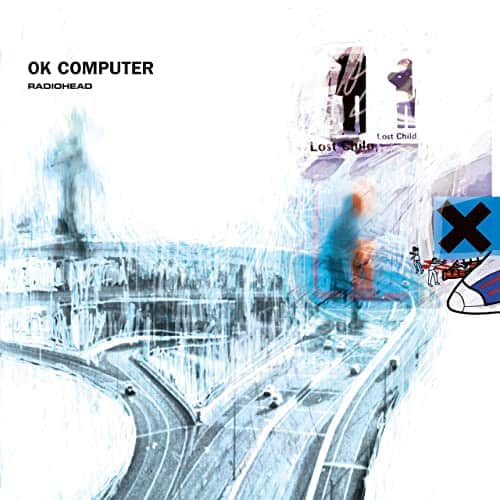 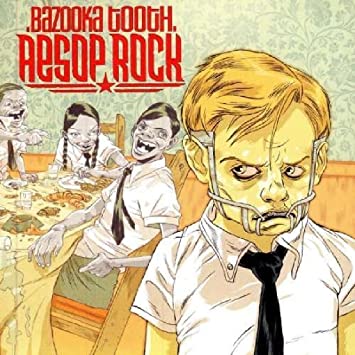 From the indie-rock stylings of Neutral Milk Hotel and Modest Mouse to the amorphous hip hop of Childish Gambino, here are some of the most notable examples of hipster music.

While there’s plenty of hip bands that date back to the 1960s, none are nineties stalwarts Neutral Milk Hotel. Their seminal album, In the Aeroplane Over the Sea, is over twenty years old, but it’s still commonplace to hear it blaring through speakers at coffee shops, bars, and restaurants in every hip city in America.

in the aeroplane over the sea

The 80’s band went on to write several notable releases, but none were as impactful as ITAOTS. Universally beloved by hipster publications like Pitchfork, Magnet Magazine, and the Village Voice, this album broke new ground in experimental indie rock. Singer/songwriter Jeff Mangum is considered by many to be one of the most critical figures in indie rock history.

In hindsight, ITAOTS could be the perfect hipster album. There’s a certain griminess to production, which perfectly captures the outsider vibe of the band. The melodies and hooks are memorable, dark, and brooding. Shortly after the release of this seminal album, the band called it quits, further solidifying their status as hipster royalty.

If there was a Mount Rushmore of hipster music icons, Radiohead would undoubtedly occupy one of the spaces. Radiohead is one of the few bands to ever achieve mass appeal without ever losing their cool points with the hipster crowd.

While their hit song “Creep” put them on the map in the early nineties, the release of albums like Ok Computer and Kid A that Radiohead had solidified themselves as hipster rock royalty.

Buy from Amazon
At their best, Radiohead is part rock ‘n roll, part electronica, and part experimental. Their music is melodic and catchy, but often takes a darker turn which requires a more refined ear to appreciate. Beyond his work in Radiohead, singer Thom Yorke’s solo work is also required listening for any aspiring hipster.

While indie rock is normally a hipster favorite, a close second is underground hip hop that defined the late 90’s. Artists like Cage, El-P, and Mr. Lif helped to establish this sound, but few artists were as critical to its creation as Aesop Rock.

From his solo work to collaborations with The Weathermen and Cage, Aesop Rock has left behind a catalog of classics that have since become required listening for the hipster set. Aesop began releasing records in the late nineties, but albums like Labor Days and Bazooka Tooth are the albums that defined his sound.

Artistic, abstract, and verbose, when Aesop is at his best he produces a unique type of lo-fi hip hop. His style tends to be darker and brooding without being too dramatic or overly serious. Aesop Rock is far from easy listening, but once you find your connection with his music, you’ll learn to appreciate Aesop as underground hip hop royalty.

For evidence of hipsters’ good taste in music, look no further than The Arcade Fire. Shortly after their formation, the cool kids latched onto the Arcade Fire for their keen sense of melody and songwriting.

Their music is heady and sophisticated, yet still had pop sensibilities. Long after hipsters taked their claim to the group, the rest of the world would as well.

While their entire discography is worth a closer listen, their seminal debut LP, Funeral, will forever be one of the most acclaimed hipster records of all time. Pitchfork ranks Funeral as the second-best album of the 21st-century, behind only Radiohead’s Kid A. It’s the largest selling release of all-time for Merge Records. In addition, it’s also the same label responsible for Neutral Milk Hotel’s classic In the Aeroplane Over the Sea. 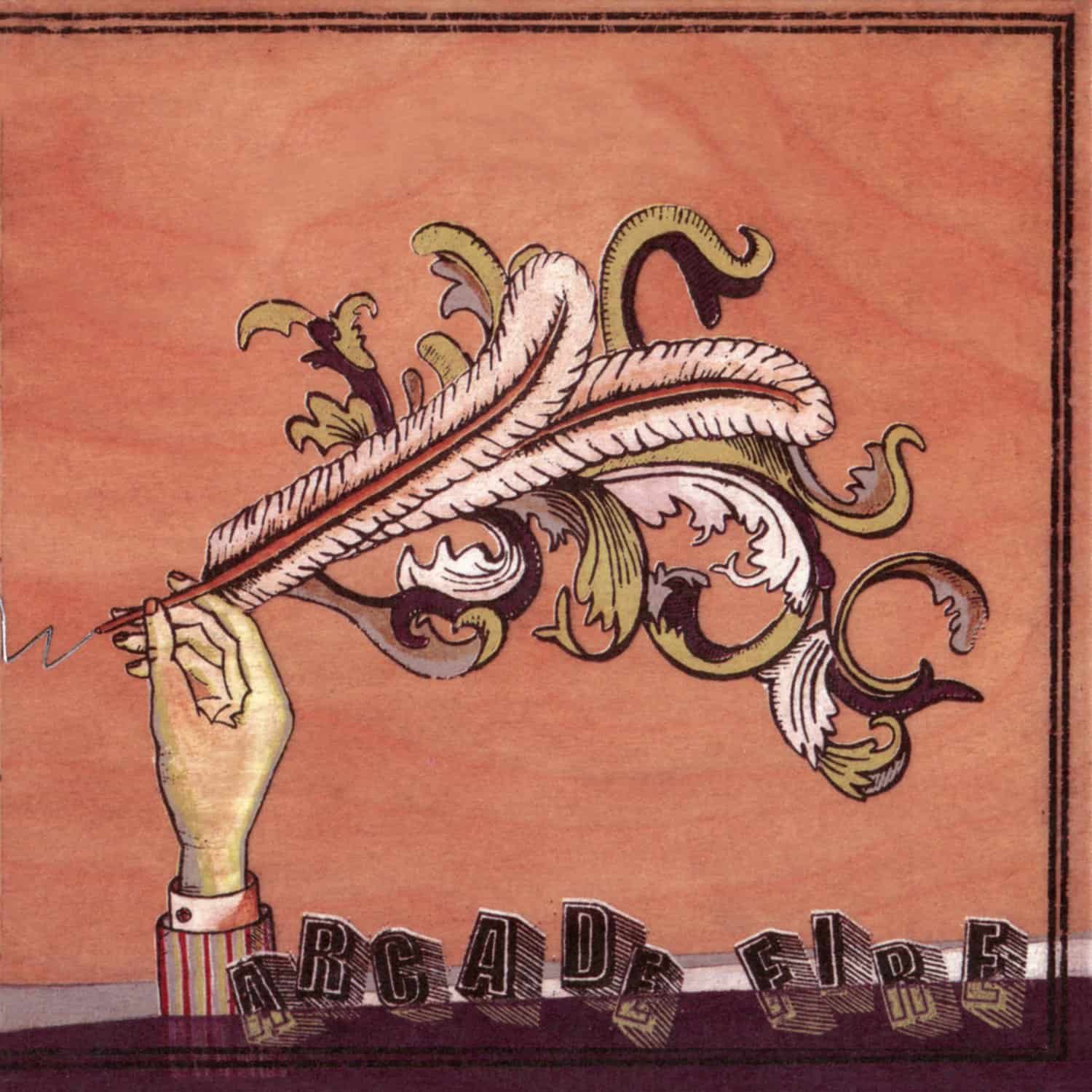 As one of the most polarizing figures in pop culture, Childish Gambino has carved out an impressive lane for himself as an actor as well as a musician. While he’s starred in network television shows and blockbuster movies, his music flew mostly under the radar until his breakthrough album Awaken, My Love! 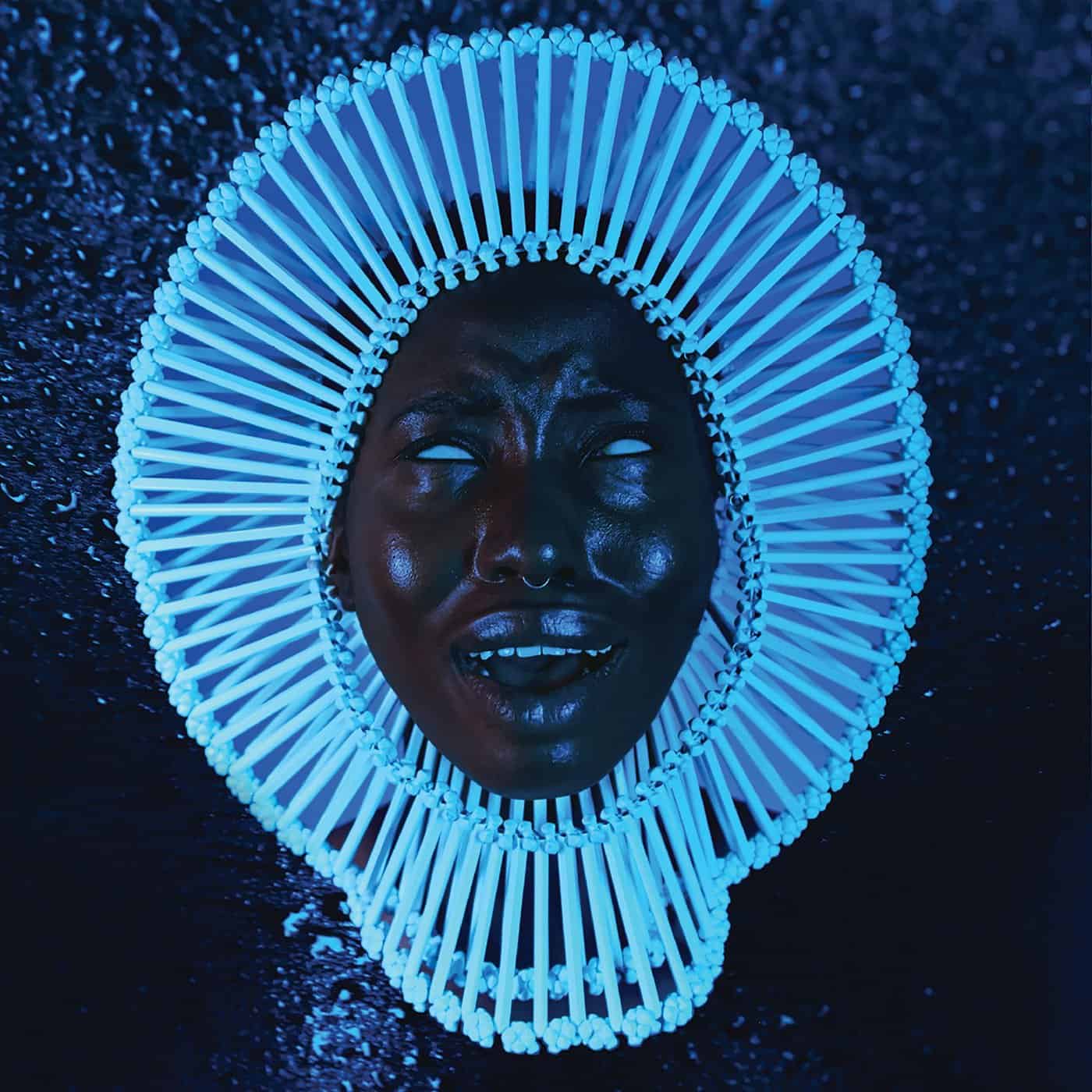 Long before tracks like “This is America” and “Redbone” propelled him into the national spotlight, Gambino was stealthily dropping gems on his Soundcloud to the delight of anyone who knew enough to check for his releases.

While Gambino’s music is firmly rooted in hip hop and R&B, he also takes clear influence from indie rock icons like LCD sound system, Radiohead, and the Arcade Fire. So, it’s no wonder his music has such broad hipster appeal.

Modest Mouse was already on their way to hipster rock stardom long before they released their smash singles like “Float On” and “Ocean Breathes Salty.”

Before their breakthrough platinum album Good News for People Who Love Bad News, The Moon & Antarctica was playing in virtually every hipster enclave in America. 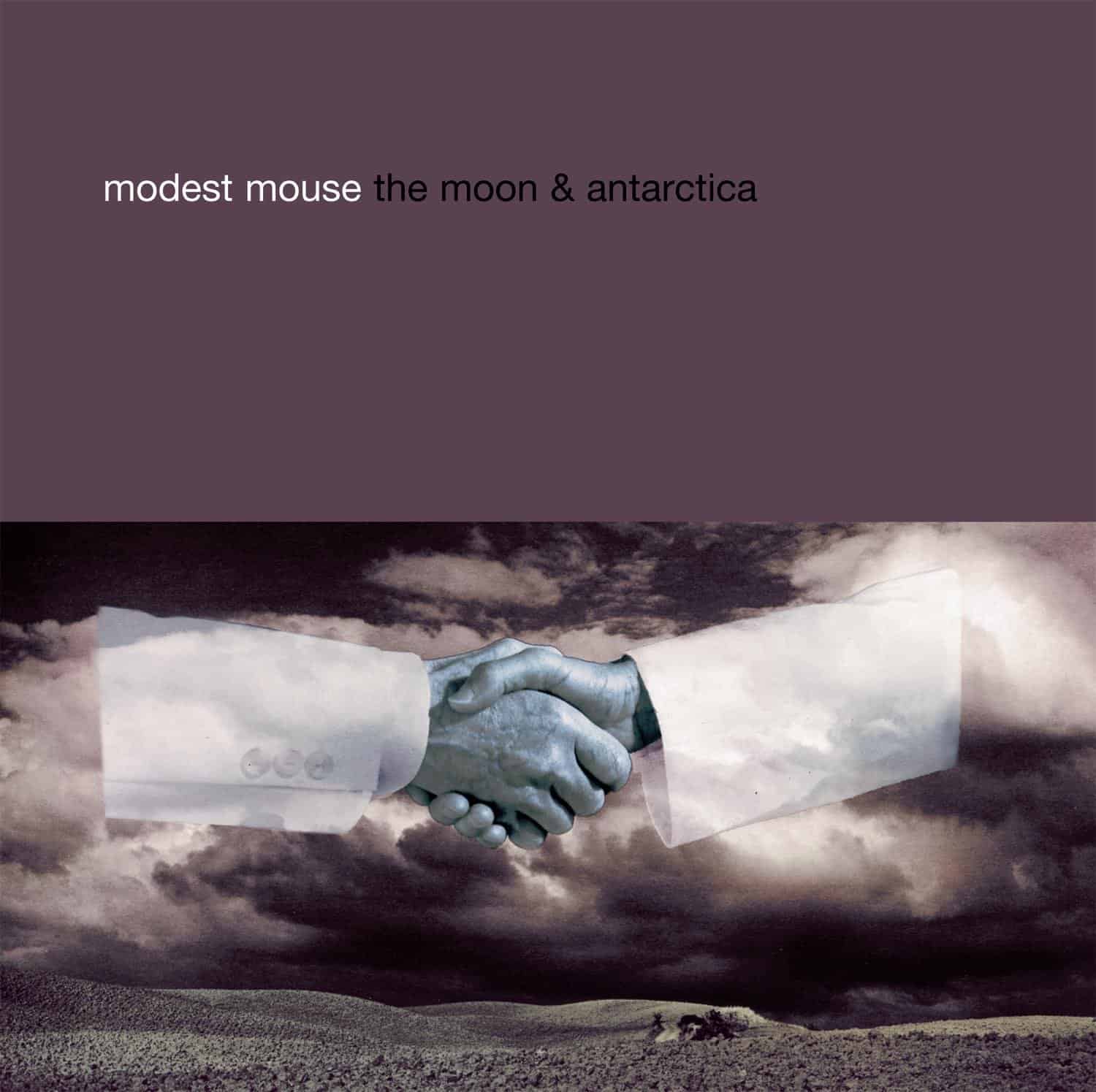 Modest Mouse’s music is angular and at times abrasive, thanks to the unique sound of singer Isaac Brock’s voice. Despite that abrasiveness, Modest Mouse still manages to conjure memorable melodies that stick in your head like bubblegum pop.

While some can’t get passed Brock’s voice, hipsters count his unique, Tom Waits-like vocal style as the band’s defining characteristic. Recently, the group teamed up with legendary guitarist Johnny Marr of The Smiths for the album We Were Dead Before the Ship Even Sank.

While Modest Mouse hasn’t released any new music in nearly five years, the band still tours regularly. They put on a great live show you should try and catch when they stop in your city.

Speaking of Johnny Marr, no hipster music list would be complete without a nod to The Smiths. The Smiths helped to define the sound of emo and alt rock with albums like their self-titled debut, Meat is Murder, and The Queen is Dead. 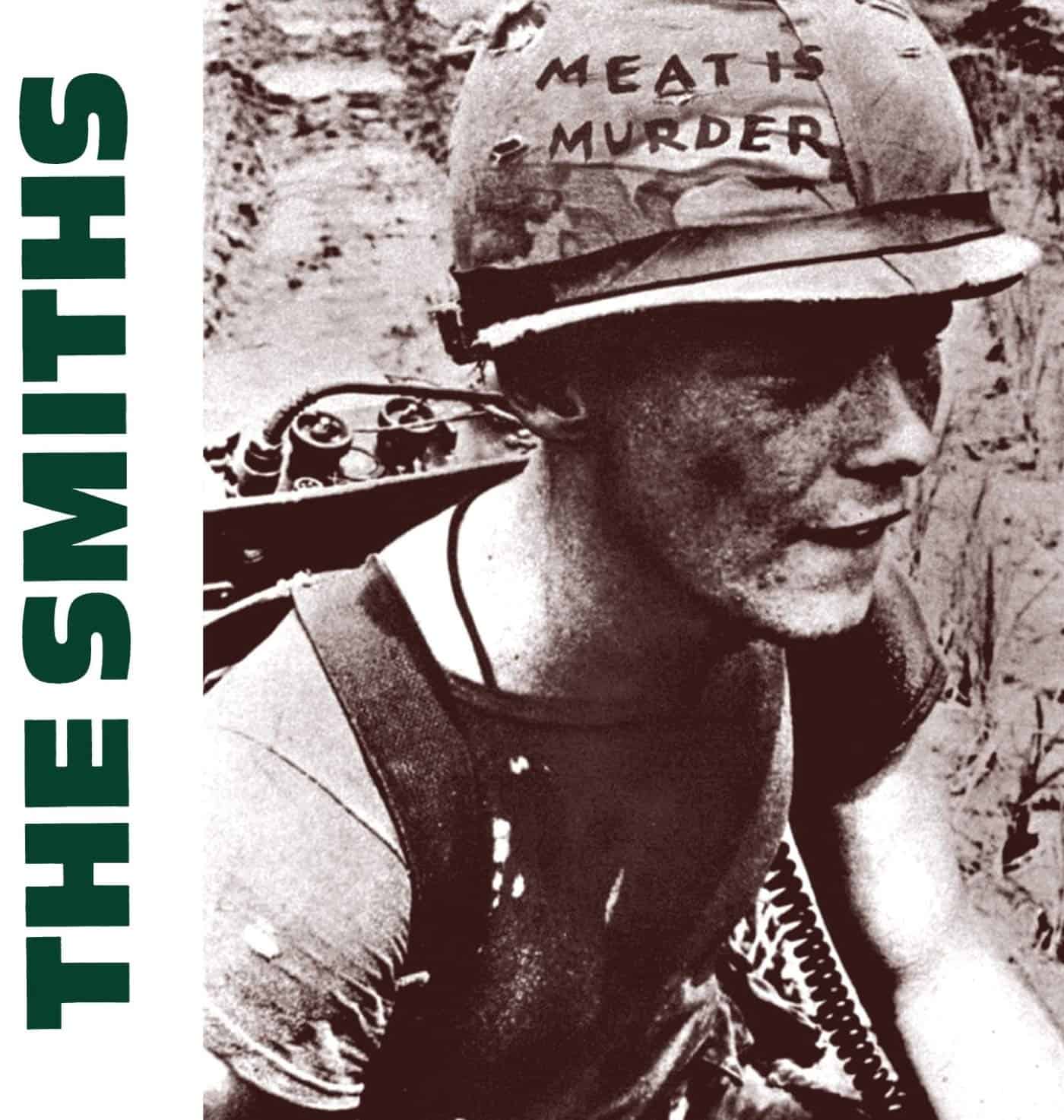 Fronted by hipster legend Morrissey, The Smiths are as well-known for Morrissey’s brash outspokenness on political and social issues as they are for their music. Virtually every alternative and indie band since the ‘80s have counted The Smiths as a major influence. Without their music, we may never have had groups like Radiohead, Oasis, or Modest Mouse.

Another critically important band, Joy Division, turned the music world upside down during the four years they were active.

The band was inspired by UK punk, but the sound of Joy Division is far darker and more eerie. Joy Division’s sound was elemental to the development of post-punk, emo, gothic rock, and electronica.

Their story is tragic, with singer Ian Curtis committing suicide on the eve of the band’s first stateside tour, shortly after the release of their debut album Unknown Pleasures. But, the impact of Joy Division created waves that are still felt today. 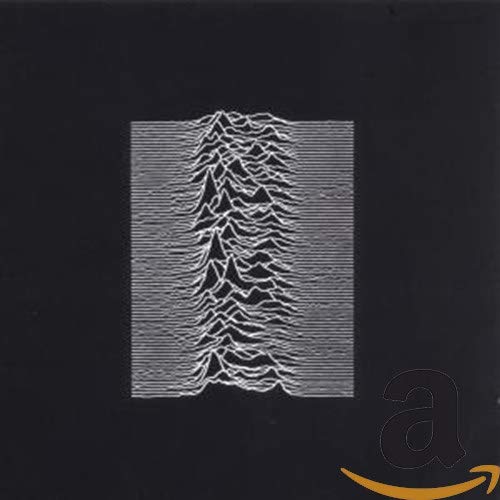 After Curtis’ death, the band reformed as New Order and achieved worldwide success. While New Order’s music is more upbeat and electronic than Joy Division, both are required listening for any aspiring hipster.

Brooding and atmospheric, early Grizzly Bear albums like Horn of Plenty and Yellow House helped solidify the group as a post-rock powerhouse, beloved by hipsters everywhere.

Their position as hipster royalty was further cemented in 2008. The band was tapped by Radiohead to support the group on their North American tour. On the final day of the tour, Jonny Greenwood of Radiohead gushed about the band on stage, proclaiming them as his favorite act.

The next year, the group released Veckatimest to critical and commercial success. Everyone from Pitchfork to Rolling Stone was falling over themselves to anoint Grizzly Bear as the next big thing. Veckatimest features lush harmonies and impressive musicianship and showed a band that had honed their craft to perfection.

While you wouldn’t be wrong if you called Grizzly Bear a pop group, they’re far from a bubble gum band. Their lush instrumentation and syrupy sweet vocal harmonies make Grizzly Bear the perfect soundtrack for hipsters everywhere.

From The Smiths to Aesop Rock, where would music be without some of the seminal hipster bands and artists that have paved the way for today’s acts? Whether you’re looking for some new tunes to listen to, or you’re educating yourself on the hippest things under the sun, this list is an excellent jumping-off point for your foray into hipster music.