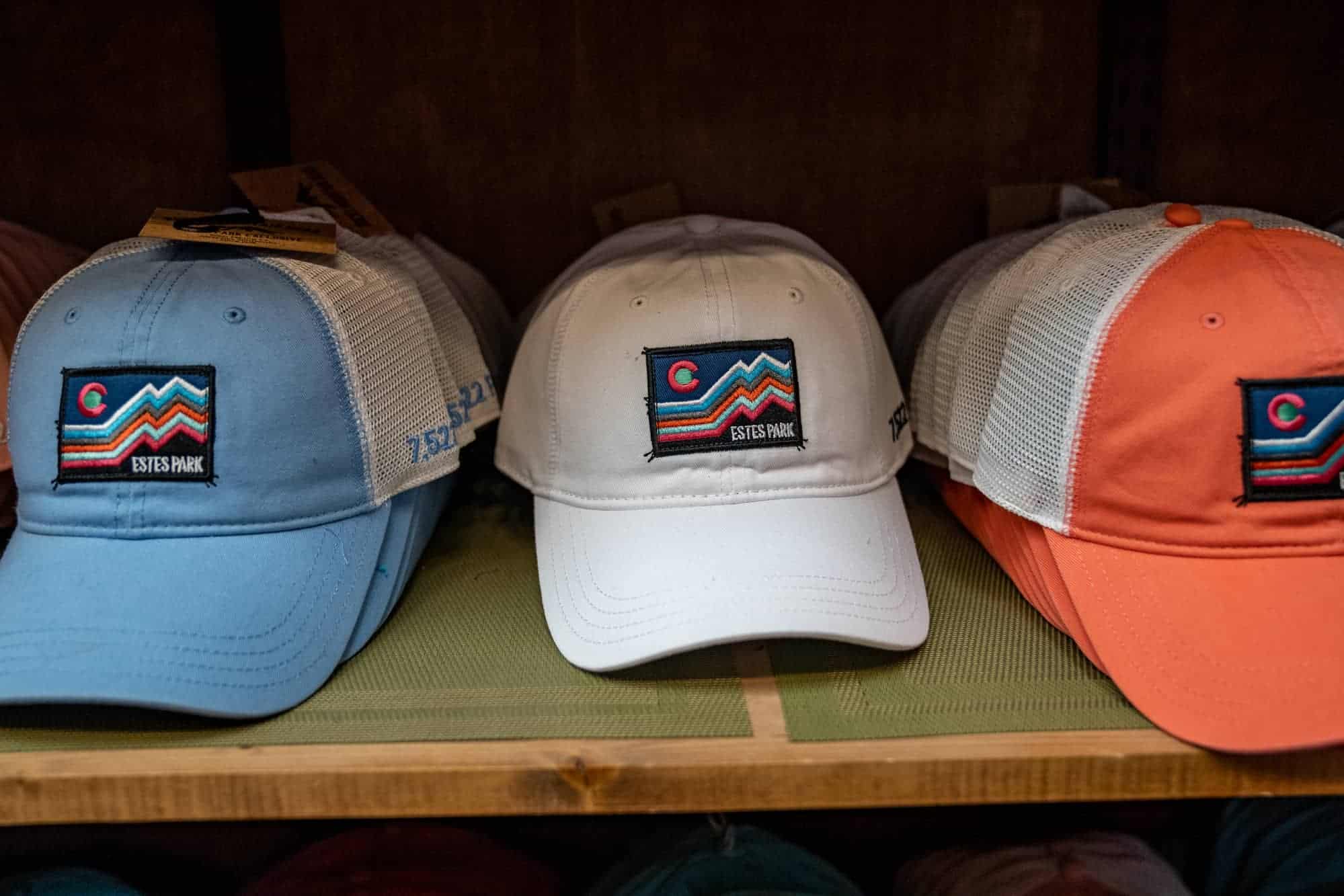 Baseball hats, flat caps, bucket hats, fedoras, cowboy hats, pageboys - you name it, they’ve had their moment at the forefront of trends, and trucker hats are no different. Do you remember those early Y2K days when everyone and their uncle wore trucker hats, even to the kind of occasions where a trucker hat definitely shouldn’t fly?

We have fond memories of Ed Hardy and Von Dutch truckers gracing the heads of the biggest celebrities, and honestly we never thought we’d see the day when trucker hats would make a return. But, being the hipsters we are, we love seeing old-school trends coming back to life and we’ve started dusting off our own trucker hats for wear. You might be wondering how you can make trucker hats look stylish at any level - and the advice we have for you is: as long as you aren’t pairing them with wifebeaters then they should look okay.

Take a look at our selection of vintage trucker hats that would be worthy of your hipster crown. 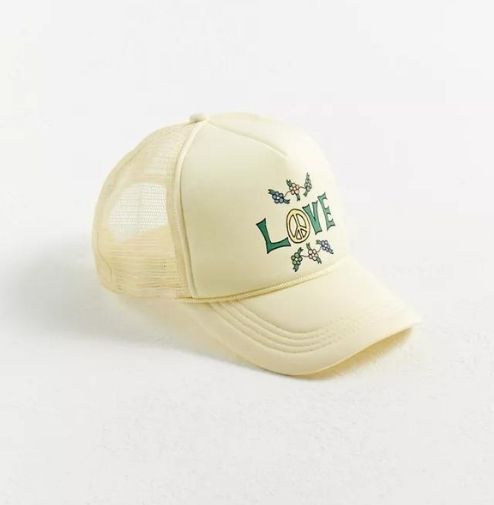 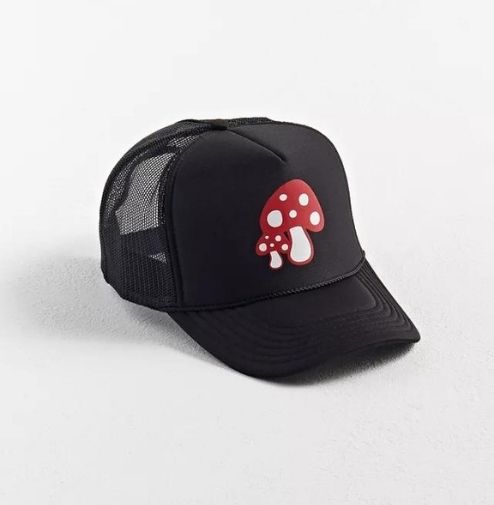 Slogan text trucker hat by Coney Island Picnic with a poly fabrication & mesh paneling. Fitted with a curved brim and finished with an adjustable snap closure at the back.

The classic trucker hat can sometimes be a bit dull and designed with a ‘macho’ man in mind, so we loved seeing this Coney Island Picnic Love trucker hat on Urban Outfitters that is all about good vibes. This pretty and casual hat features a 1969-worthy design on the front that promotes peace and love!

The tan hat has mesh paneling on the back and is fitted with a curved brim and adjustable snap closure.

Trucker hat by '47 with a Los Angeles Dodgers logo at the front. Fitted with mesh paneling and a curved brim. Complete with an adjustable snapback closure for an ideal fit.

Show off your love for the Dodgers with this trucker hat by ‘47! The classic-style trucker comes in dark brown with a large white LA Dodgers logo on the front.

The simple hat is fitted with mesh paneling on the back, adjustable snapback closure and a curved brim.

Essential trucker hat with a mushroom icon at the front and mesh paneling at the back. Fitted with a curved brim and finished with an adjustable snap closure.

Not really into that typical sports-beer-fishing trucker hat vibe? This adorable mushroom hat will definitely catch your eye. The curved-brim hat has the essential trucker design but features a super cute red and white mushroom icon on the front.

The hat has mesh paneling on the back and an adjustable snap closure for easy fitting. 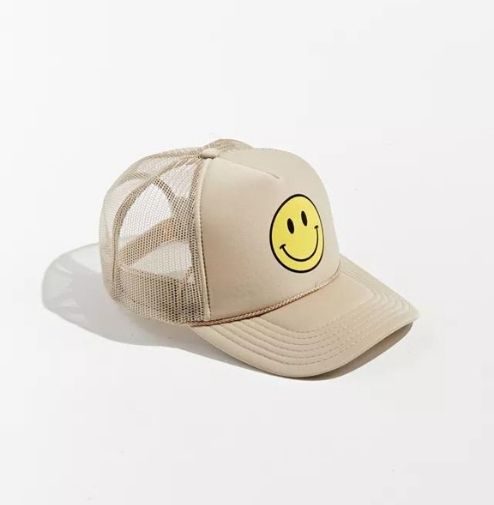 Smile trucker hat in a classic silhouette. Nylon-poly construction is topped with printed smiling face atop the curved brim, ventilated mesh back paneling and an adjustable snapback closure.

This is another one of the trucker hats on this list that are for the hipsters who like all things hippie. The Smile Trucker hat, which comes in black, would look just like a regular ol’ hat from the back - but the front definitely gives away that you’re a hipster.

The curved-brim hat is topped with a printed tie-dye smiling face and also features mesh paneling and snapback closure. 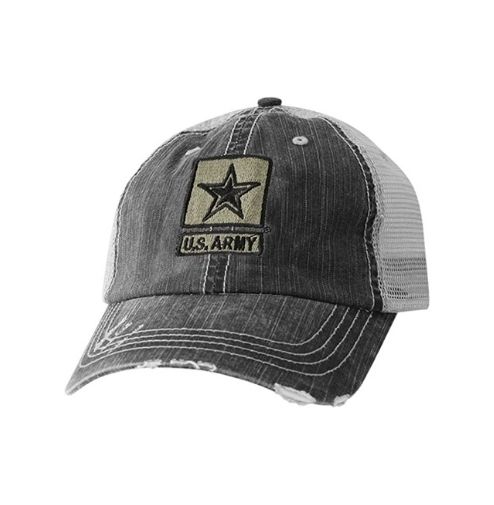 This hat with official star logo in front is thin and comfortable to wear.

We’re almost certain this is the exact hat Bradley Cooper wore while playing Chris Kyle in American Sniper. If you’re trying to look like a member of the US army or make a statement within hipster circles: this is the trucker hat for you.

The distressed hat features an official US army star logo on the front with mesh paneling and hook and loop closure. 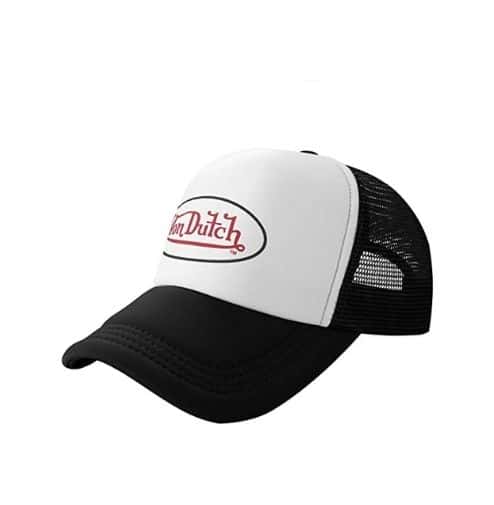 This hat is made from 100% polyester, mesh, and is breathable. It protects your face from sun rays and is comfortable to wear all day.

Fashion lovers who lived their teenage years in the early 2000s will recognize this design immediately. The iconic Von Dutch trucker hat was worn by everyone from Paris Hilton to Justin Timberlake at its peak popularity and, if you were like us, you definitely wanted one.

This hat is available in a variety of color combinations and has breathable mesh paneling. 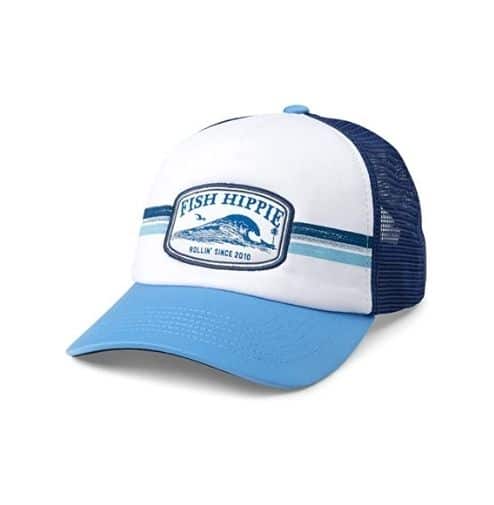 This cheerful white and blue hat from Fish Hippie brand is made from foam, mesh with an embroidered Fish Hippie logo on the front in calming ocean blues.

Fishing and trucker hats go together like, well, truckers and trucker hats. This cheerful white and blue hat is from the brand Fish Hippie, which celebrates everything about the fishing lifestyle.

The Stranded hat features an embroidered Fish Hippie logo on the front in calming ocean blues. 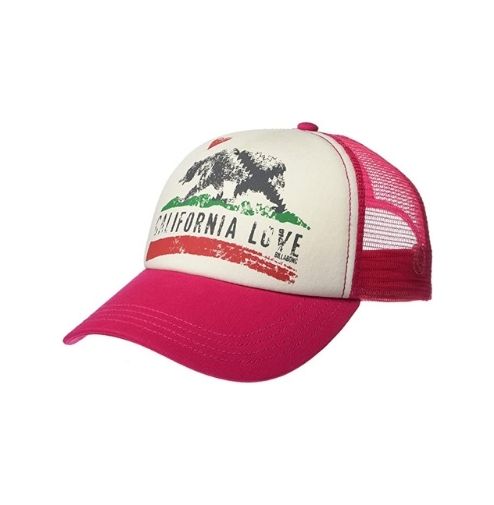 The Pitstop trucker features a pre-curved brim to help shield sunlight as well as provide a stylish look while you're on the go. 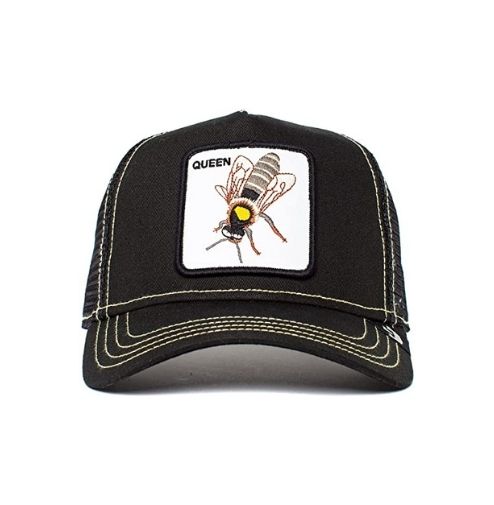 Curved baseball truckers, in a cotton canvas, with an embroidered animal patch.

The Farm by Goorin Bros. is one of the most iconic collections of trucker hats in America. Their curved baseball truckers each feature an embroidered animal patch. The animal patches change all the time, so you can get your hands on whatever kind of animal you like - or even try collecting them.

Each hat features a cotton twill sweatband, a soft mesh back, and an adjustable closure. 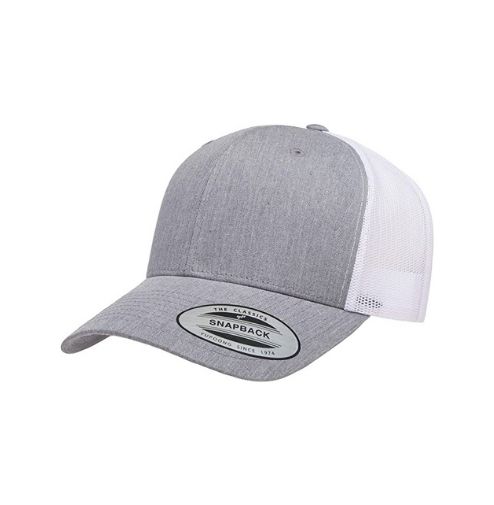 This trucker hat is made from 65% polyester, 35% cotton, and is imported.

If we had to name one trucker hat that perfectly captures American nostalgia we would have to say it’s the YP classics trucker hat. The simple retro cap has been popular since 1974 and continues to draw hipster fans from all around the world. 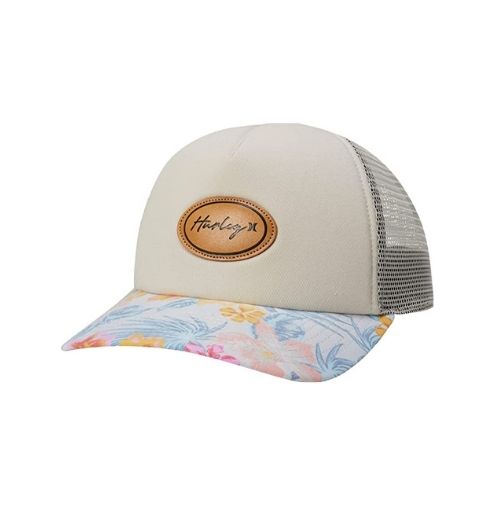 This cap features a mesh paneling and snapback closures, come in a selection of laid-back designs.

Hurley is another brand that was extremely popular during the early 2000s, especially with ‘surfer chicks’. The characters of Blue Crush definitely would’ve worn a Hurley trucker hat!

These caps, which feature mesh paneling and snapback closures, come in a selection of laid-back designs that are perfect for summer.