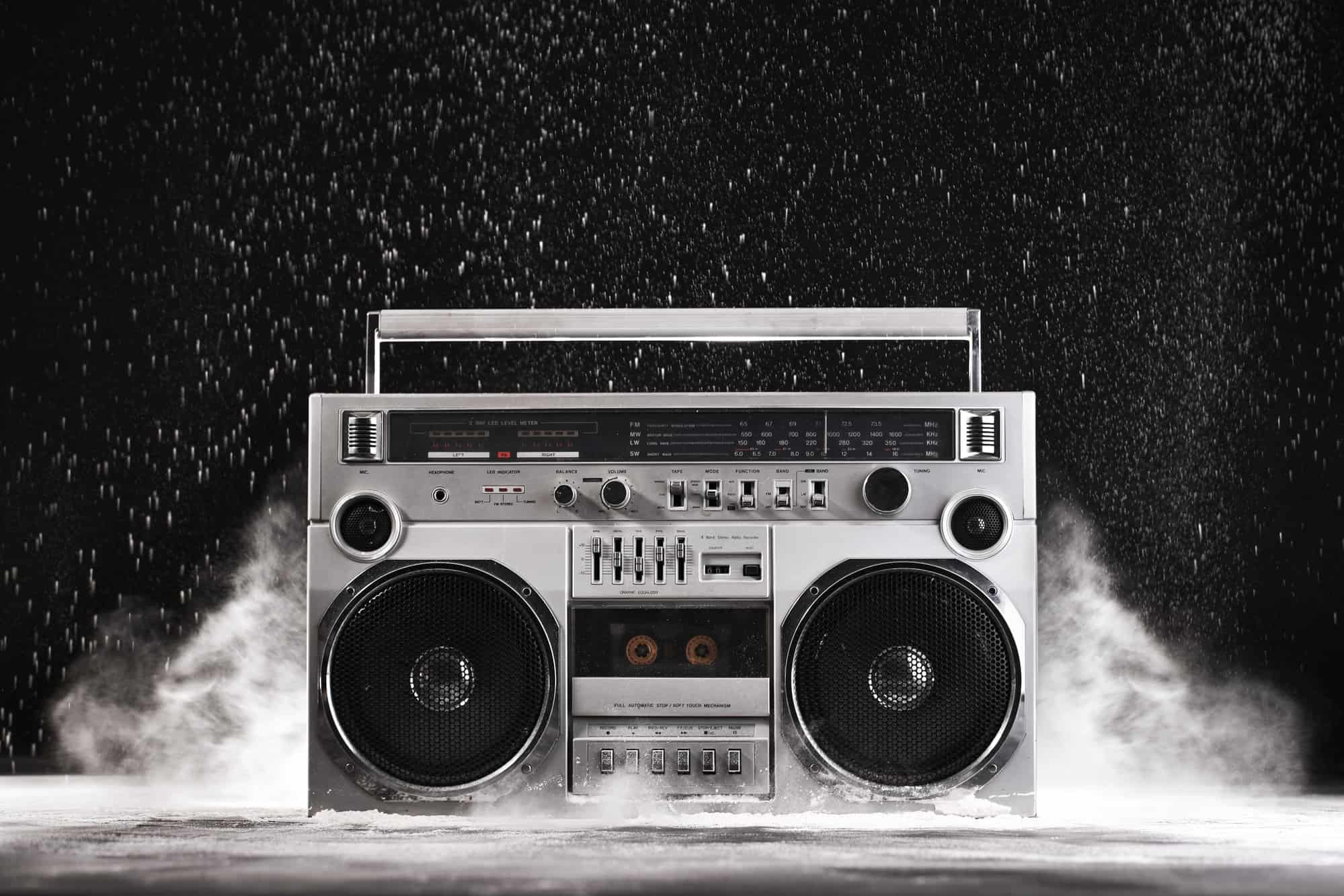 Picture this: it’s 1989, you’re a young John Cusack and you show up outside your crush’s house - boombox in hand - professing your love with Peter Gabriel’s classic ‘In Your Eyes’. Wait, that’s just the plot of Say Anything… well, you get the picture.

Nothing says classic hip hop, summer romance and big 80’s hair quite like a boombox. Long before you could blast songs off Spotify through your bluetooth speaker, the boombox was the ultimate source of street music. These classic sound systems typically had space for cassette tapes (and sometimes CDs) as well as an AM/FM radio, and they were totally portable thanks to their battery power.

Luckily, we can now replicate that authentic retro sound without having to transfer the latest Arctic Monkeys single onto a cassette tape (because we have no idea where you’d even buy tapes). There are loads of suped-up boomboxes that look and sound like the originals but are also compatible with bluetooth. Or you can go full hipster and use the genuine vintage boxes that only take tapes - that’s up to you! 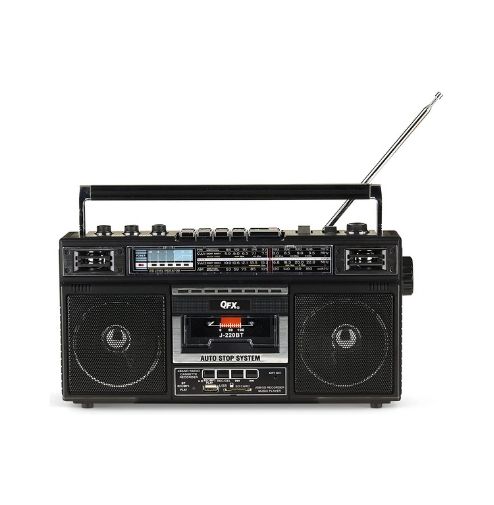 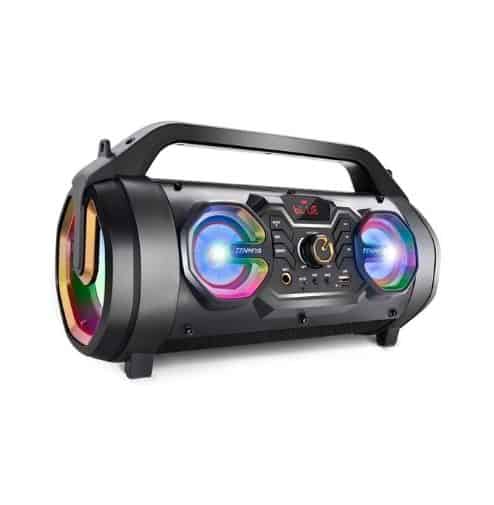 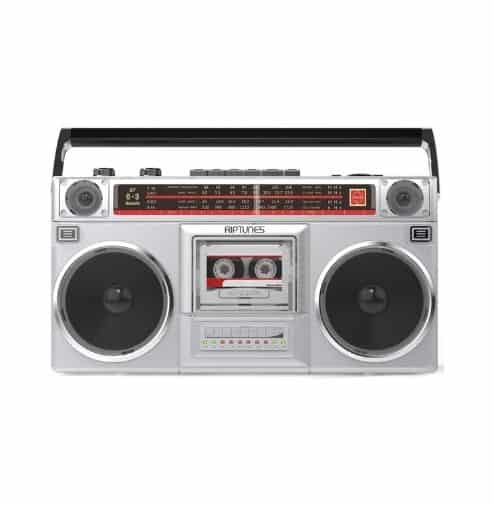 The QFX J-220BT is equipped with two 3-inch speakers that provide you with impeccable sound quality.

Old school meets new school with this authentic-looking cassette player. Got some spare tapes? Bust out those bad boys for some heavy nostalgia, or just stick to modern bluetooth if you don’t know what a cassette tape is.

The ReRun also converts your favorite cassette tracks to MP3, so you can preserve an old cassette collection for years to come.

This boombox looks like the kind of thing you’d find in Back to the Future, like what people in the 80’s imagined boomboxes would look like in 30 years. Colorful and retro, the Tenmiya boombox really can do everything (including act as a karaoke speaker) and also has colorful flashing lights built in.

Revisit the nostalgic memories from the past with the vintage-styled RACR510BT Retro Bluetooth Boombox Cassette player.

Retro vibes powered by all the best of modern features, that’s the Riptunes Boombox. Revisit childhood nostalgia with this vintage-style boombox that looks like it actually belonged to your mother.

The Riptunes doesn’t only play cassettes, but it is also bluetooth compatible and has aux/USB inputs and a radio. 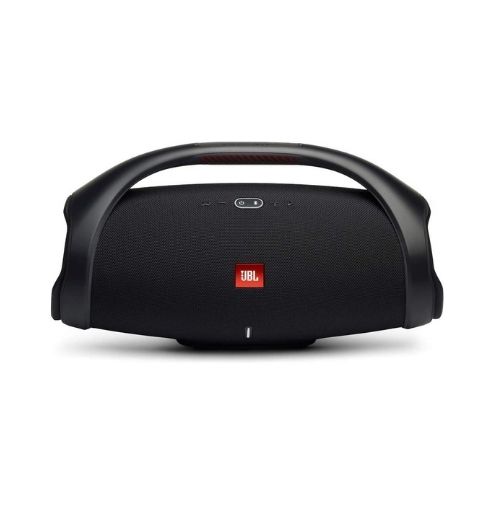 We’re just going to sneak this non-vintage boombox in here because it's one of the most impressive speakers on the market! The loudest JBL boombox ever, the Boombox 2 is waterproof and boasts up to 24 hours of playtime.

While it may not look vintage, a speaker like this can play golden oldies so loudly you’ll feel like you’re watching Queen perform live. 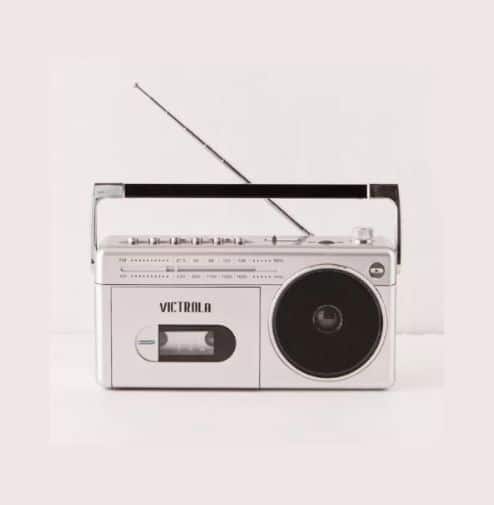 Dynamite comes in small packages! This mini boombox, equipped with bluetooth compatibility, a radio, cassette player and a recording function, is effortlessly sleek and retro-looking. We love that it still has that classic boombox style but is just easier to carry around.

The boombox operates via push buttons and features an easy-carry top handle. 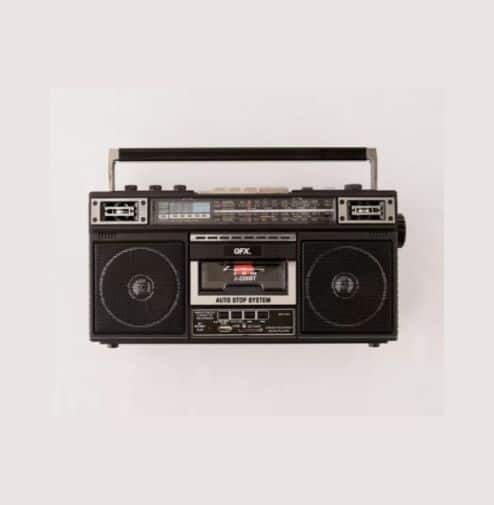 Listen to your favorite cassettes and radio programs, then record them back to an MP3 to save. Plug in your headphones and use the antenna to get great reception.

Convert your most treasured mixtapes to MP3s - and play your new favorites - with this authentic-looking boombox from QFX. Versatile and vintage, this boombox is bluetooth compatible, has a radio, plays cassettes and can also record tapes and radio programs into MP3s.

A one-stop shop for music-lovers, the boombox has a plastic black facade, chrome antenna and retro push-down buttons for the ultimate 80s aesthetic. 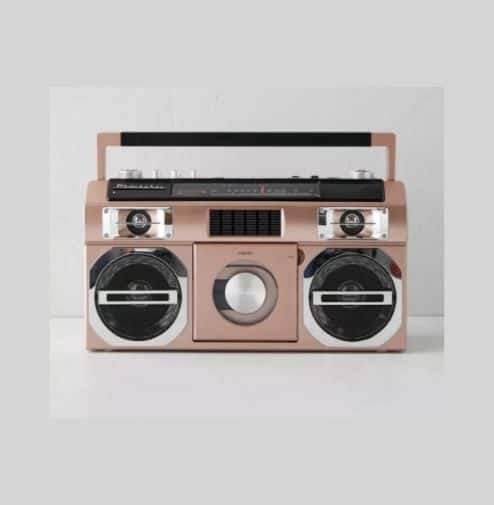 Equipped with a CD player, FM radio and wired or wireless streaming for all your digital faves.

The Studebaker Retro Street Boombox is another stunning example of when retro and modern come together to create a masterpiece. This 80s-inspired boombox still has the same general structure of a classic boombox, but is enhanced by sleek chrome and accents and a soft pink color.

It is equipped with a CD player, FM radio, bluetooth and aux input, as well as a top handle and optional battery operation.